Welty grows to more than just a building company

He’s been the driver behind the addition of eight new offices and business units, including five subsidiaries. All of them have been formed since Taylor took the helm of the company from partner Jerry Welty in 1998, with many formed in the past 10 years.

That’s especially true for the smaller units that aren’t in the construction industry.

For example, inSITE, which only has a staff of three full-time professionals, has revenue of just more than $1 million a year, Taylor said. Environments 4 Business, also known as E4B, has revenue of about $12 million and 15 employees, he said.

“For their industries, they’re nice businesses. Compared to the behemoth that Welty Building Co. is, they’re small. But we tend to look at them based on importance to our customers,” Taylor said.

Their real value might lie in their ability to help Welty secure and keep clients, and to identify and bid on new projects. That’s especially the case with inSITE, Taylor said, because it enables clients such as small municipalities to complete projects they otherwise could not and to work on economic development efforts they could not handle with their own small staffs.

It’s active in places such as southern Summit County, where the small city of New Franklin has used inSITE since 2014.

“Last night, coincidentally, the council just approved the contract with inSITE for another year,” said Mayor Paul Adamson in a Jan. 17 interview.

The city uses inSITE to help it manage public projects, such as Summit County’s plan to extend sewer service into New Franklin and to develop water lines to specific business sites. The city also uses the company to work with existing businesses to keep them in town and to help recruit new ones, Adamson said.

The sprawling town, much of which used to be a township, is spread over 25 square miles (Akron only has 62) and has a population of about 15,000 — all of which it must manage with a $12 million annual budget and a full-time administrative staff of five people, according to Adamson.

InSITE’s governmental work is focused in Summit and Portage counties, said president Jennifer Syx. But the business works in the private sector with companies nationwide from its offices in Cleveland and Akron, she said, helping them with things such as site selection, workforce assessments and financing projects.

Both the public- and private-sector work bring in fees from clients that generate revenue, but Syx said her unit often learns of projects first because of the work it does in the planning stages of development. And that’s good for Welty.

“Our revenue is derived from the client side, but also there’s the opportunity for horizontal integration. InSITE is the tip of the spear that can identify opportunities early for Welty,” Syx said.

As for E4B, it has grown to become one of the 15 largest Allsteel furniture dealers in the country, said president Fred Chaney. It offers design services, too, but office furnishing sales generate most of its revenue, which Taylor said were growing at more than 10% a year. 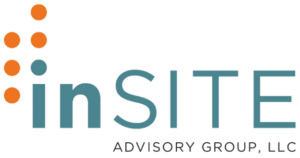 “I do have a design studio and it’s used to support a project that we may be doing with a design firm, but we don’t bill our hours or compete with the design community for work,” Chaney said.

The business has an exclusive territory for its furniture lines that extends from Cleveland to Mansfield and from past Youngstown to just east of Toledo. Its clients have included high-profile entities such as Cleveland’s Playhouse Square and Canton’s Tom Benson Hall of Fame Football Stadium, Chaney said.

Next, he hopes to expand geographically if he can get a larger territory, bring in new furniture lines and architectural products, and hire more people.

“We’re right now looking for another project designer to home base in Fairlawn, because of the growth of the business. And I’m always looking for sales people, always,” Chaney said.

E4B, like inSITE and other subsidiaries, gets accounting and other shared back-office services from Welty’s corporate headquarters.

As for Welty, Taylor has a little more in the works. He’s still working on Welty’s Catalytic Community Capital Fund, which he announced last year. That will provide financing for projects that need help with the “last mile” of their capital stack, he said.

The fund quietly made its first investment last year when it put $1.3 million into Akron’s Bowery Project but soon will open to outside investors. Hopes are the fund will gather $20 million to $30 million in capital to invest, Taylor said.

That fund will be focused on Akron, but Welty eventually hopes to form about 10 such funds, each focused on an individual community, Taylor said. The goal is to have each fund make short-term loans for projects, get paid back, and then do it all over again.

“Our intention is to allow more projects to get started, get built and then we would be taken out when the project is sustainable and can be refinanced,” Taylor said.

So far, Taylor said he’s been happy with the performance of Welty’s business units, or at least about as happy as he gets about that sort of thing.

“I’m very happy with the way they’ve served customers. Being an entrepreneur, you can never grow fast enough. And if you talk to them, they’ll tell you, ‘Don is always saying grow faster,’ ” Taylor said.

But he has a bigger plan: to lift his own boat by raising the water level in the communities in which Welty works. If the client communities and corporations that Welty serves 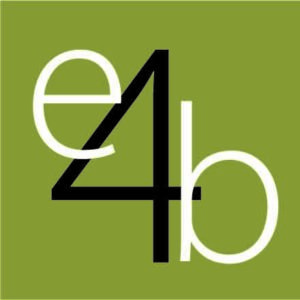 “We’ve always gotten our fair share. So, if we can make the pie bigger, we will grow just because there’s more success to share in,” he said.

But he might be done creating new businesses, at least for now.

That’s because he recently brought aboard a new chief financial officer: his wife, former Ohio Lt. Gov. Mary Taylor, who also previously served as state auditor. She’ll likely be a source of new discipline, according to Taylor.

“I think part of the reason my wife is CFO at Welty is to kind of pump the brakes and make sure I stay focused,” Taylor said with a chuckle.